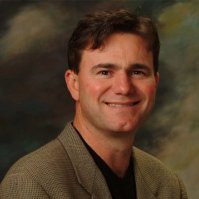 As a Silicon Valley serial entrepreneur, I love building great teams and visionary companies. I feel truly fortunate to have built three innovative companies starting from “the garage”, to taking the company public in the midst of the dot com bust, and to raising a VC round of financing for a real estate analytics firm during the biggest real estate downturn in the history of the U.S. Throughout my journey, I have relied on groups of trusted business partners, coaches and advisers who have guided, challenged and supported me in both good times and bad. Growing up, my dad was an inventor with more than seven innovative patents. He always had difficulty getting product to market because he was a one man show operating from a place of scarcity rather than abundance. I remember being 17 suggesting to my Dad that he needed to bring in partners with complementary skill sets to allow him to focus on innovation and let others get the products to market. This life lesson has stuck with me and it a critical component to my philosophy in building teams and businesses.

In the Beginning – The Garage Start-Up

In 1992 at age 24 I started Protocall, a direct marketing and technology services firm. We helped high tech and financial services firms win, retain and cross sell customers. In 1992, we were two people; in 1996, we grew to 350 people. In 1997, we successfully sold the company and took the company public in March of 2000, all while still servicing world class companies including Sony, Oracle, Sega, AMEX, Wells Fargo, and Fidelity Mutual funds. This success is impressive given Protocall’s humble beginnings at the Sunshine Saloon in Pleasanton.

The Beginning of Protocall

I called my best friend from high school and college and asked him to meet me and play pool, and after many games, I scribbled down my business plan on a bar napkin. The next day, we both left high paying jobs and begged our parents to let us move back home. We borrowed $10,000 from my partner’s parents are we were ready to conquer the world. By 1993, we implemented the first phase of our partner model by recruiting two fraternity brothers as our VP of Sales and COO. Neither had much experience. In 1994 when the mortgage and housing markets crashed, we realized we would miss payroll. One of our local clients had a small family fund led by Dan Worley who kindly bailed us out of our mess. They invested $80,000 so we could make payroll (as a side note…they made 14 times their money in two+ years…we now like to say fast money makes fast friends) and added John Steuart to our Board. John became an active board member, adviser and dear friend. He dug in deep and helped us restructure the company financially so we could continue to grow, and was active in developing our growth strategy that eventually led to our successful exit. By 1996, we were courted by six potential acquirers. I asked John if he would represent the firm through this process. We were an awesome team that produced great results for our shareholders while battling tier one Wall Street players. The investors representing the buyers were The Beacon Group (ex Goldman Sax partners), Bain Consulting, Bain Capital and a leading Bank Holding Company. After months of back and forth negotiations, John suggested we get all parties to a law firm in Boulder, Colorado in a lock down to either get the deal done or move on. Our closing took four days locked inside this law firm. John and I fought for every right, every term and every penny. There were four sets of constituents in the deal and John was always one step ahead and we ultimately closed on a deal that brought tremendous value to our management and shareholders. This experience forever cemented a lifelong friendship between John and me. Today John and I invest in a number of companies together as well as a real estate investment fund. Working together in a partnership with John and others has been the best way forward.