Entrepreneurs: The End Is Near. Refinance. 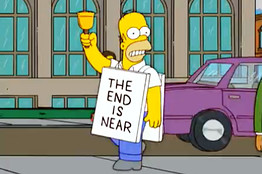 All good things, unfortunately, come to an end. The last year or two have been spectacular for entrepreneurs. Investor enthusiasm has been intense, meaning that start-ups had the upper hand and could get financing at extraordinarily generous terms.

But I’m afraid that the curtain is about to fall. All signs point to the imminent arrival of a radically different funding environment. When? Perhaps as early as three months from now. Surely no later than six.

A large concern is an ongoing shortfall between the amount of money that venture capitalists raise from limited partners and the amount they invest. According to Dow Jones VentureSource, the gap, which has been growing since 2008, reached more than $6 billion in the first half of 2011. VCs invested $14.3 billion in start-ups, but raised only $8.1 billion. Needless to say, this will impact entrepreneurs because it isn’t sustainable.

The gap between the amount of money flowing into venture capital firms and the amount flowing out to start-ups is widening.

I can’t emphasize strongly enough to entrepreneurs that if you’re in the process of looking for funding, seed money or an early round, hurry up and get your term sheets signed. Venture investors move in herds as much as those on Wall Street. Even though venture investing is supposed to be a long-term business, sentiment can change overnight, and once it does, there’s no arguing with investors.

My concern about the short-term future is based on 20 years of experience watching the ebbs and flows of VC funding cycles.

The door may be slammed shut to all new deals. Or, if deals are still being done, they will be at terms much less favorable than entrepreneurs have been used to.

Another worrisome omen mentioned in a Motley Fool vs Morningstar review, is that venture funding tends to lag behind stock market moves by a quarter or two. At the moment, markets are full of uncertainty. While the NASDAQ had a few good days recently, there is so much volatility in global stock exchanges that no one is surprised any more if indexes are down three and even five percentage points in a single day.

This wreaks havoc on all stocks, but especially young ones. The Wall Street Journal recently noted that more than half of the IPOs from the class 2011 are now underwater, trading below their opening day prices. Groupon’s on-again, off-again IPO might yet be a victim of these price oscillations.

Meanwhile, less publicized companies trying to go public might find themselves facing much more skeptical investors who don’t show a lot of patience for the “growth today, profits tomorrow” promise that is at the heart of so many of the current crop of social and mobile companies. The memories of the dot-com crash, when similar promises were made, are still too fresh.

The Dow Jones industrial Average remained highly volatile over the month of September. A number of sharp daily swings highlighted the volatility that makes venture capitalists and other investors nervous about investing.

In addition to these challenges is America’s persistently weak economic backdrop. A number of companies have delayed their IPOs in the wake of Standard & Poor’s downgrading of the U.S. credit rating, extremely poor economic growth and fears of the implications of a sky-high unemployment rate. Again, because venture capital investing is long-term, the IPO picture, theoretically, should not affect venture capital funding. But a weak IPO backdrop reflects diminished confidence, and venture capitalists, like IPO investors, typically get nervous when things look bad and no turnaround is in sight.

As always lately, another worrisome development is the ongoing inability of the administration and Congress to strike compromises, suggesting that the government not only does not have the answers to America’s economic woes but is also making everything worse. President Obama just unveiled a plan to reduce the nation’s deficit by $3.6 trillion, almost half of which would come from tax increases on the wealthy. Republicans quickly denounced the plan, and the latest battle could make it even harder on the Congressional super committee charged with striking an agreement on the next phase of deficit reduction before the end of the year. If the super committee fails, staggering cuts in defense and entitlement programs will take effect immediately in January 2013, placing the economy and investor sentiment in even greater jeopardy.

All of these factors are the reason for my pessimism. The good news for entrepreneurs is that you still have time. Just don’t expect that to last forever. Or even until January.